Attack of the Warrior Queen 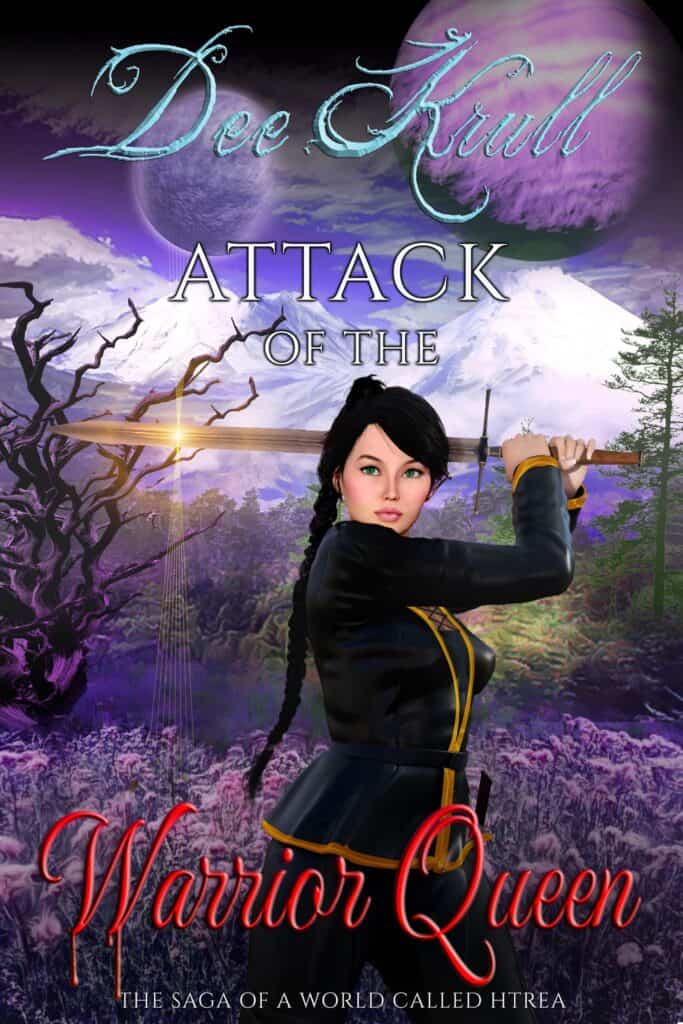 Book four finds Laurel and Learden waging a deadly war with the aliens called priests who are now using the portals to bring in another alien they call the ‘tall ones’ who communicate through their thoughts only. To make matters worse Laurel finds that her mother’s sister is alive and well and is a master of dark magick. She would have Laurel as her slave and her army at her command if she could gain the upper hand.

Laurel has also been searching for Kronos who betrayed the position of her army to the aliens, but she is not sure if he is working for the aliens or the ‘dark witch.’ Before she can find out for sure Mother tells her the only way to keep the ‘dark witch’ from finding her is for her and Learden to denounce their vows and separate completely, devastating them. No matter how much Laurel tries to keep him with her she finally lets him go, leaving her bereft.

While separated they both fight the aliens in their own way, Learden with his old crew and Laurel with her Guard and the griffins. Mother convinces her she must find a new consort, but the one she calls to her through magick is not what she expects; but she knows it is the will of the Goddess. Now she must battle a ‘dark witch’ to save her family; then she is captured and held by a new faction of Elves; and she learns of a new and more horrifying alien who wants her planet; all the while she is trying to find Learden. Will their love overcome all or will she find him only to lose him again?

BUY THE EBOOK
Back to Books